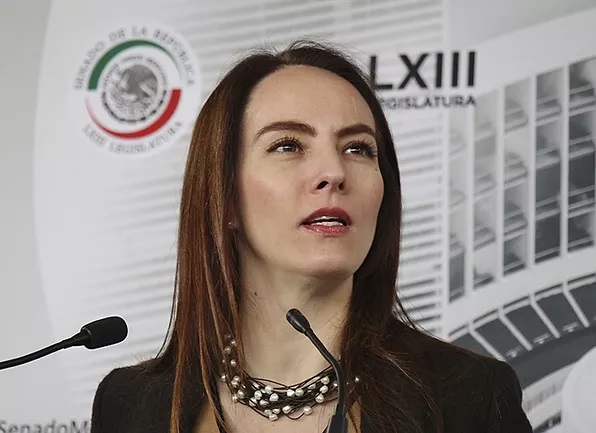 Senator and Mexican Deputy throughout 4 legislatures, she has been the second woman president and the youngest of the Inter-Parliamentary Union.

Gabriela Cuevas has been the second female President of the Inter-Parliamentary Union (IPU) and the youngest in her 131 years of history, a post she held until November 2020.  The IPU is an international organisation of Parliaments, created in 1889 with the aim to promote parliamentary dialogue around the world, work for peace and cooperation among its people, as well as establish and consolidate representative democracies.

Gabriela, was born in 1979 in Mexico City, and has extensive experience in politics in Mexico. She has been Senator and Deputy throughout 4 parliamentary terms, under different parties such as the PAN or Morena.

She strongly advocates that the fight against hunger cannot have a partisan approach or be the seal of an administration, so that changes of government do not stop important programs. That is why she believes that continuity and coherence in food policies, long-term commitment are necessary and that policies to fight hunger will only succeed if they are the result of major agreements. In this sense, Cuevas believes that the Parliamentary Alliances are the best instrument for designing long-term legislative initiatives and proposals, given their capacity for real transformation.

She strongly advocates for international cooperation and multilateralism as a means to face current challenges affecting everyone, and, most importantly, those affecting vulnerable groups — refugees, migrants, displaced women. Cuevas feels sorry for the lack of political clarity in the necessary support to strengthen multilateralism.

When we prepared the book, she was in the last months of her presidency at the IPU. Among her plans for the future, she highlighted working to get all the world’s legislators to join the Nutrition and Food Security Agenda, and to achieve Global Partnerships that can provide much more stability and international support for these policies.