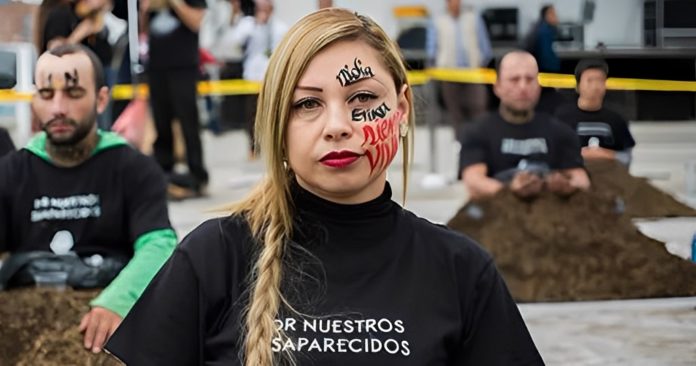 Andrea Torres Bautista is the deputy director of a Foundation that chases enforced disappearances in Colombia and a prominent lawyer in favor of human rights.

Andrea Torres Bautista is the deputy director of the Nydia Erika Bautista Foundation (FNEB) of Colombia, which was created in 1997. After fighting for decades for the rights of people enforcedly disappeared, the foundation has managed to put on the national agenda the issue of the enforced disappearance of more than 100,000 people in the context of the armed conflict in Colombia. Furthermore, it has promoted national legislation.

Andrea is a leading human rights lawyer, and her sister was one of those enforcedly disappeared.

Currently, the Foundation accompanies groups of women who search enforcedly disappeared people in Buenaventura. Buenaventura is Colombia’s largest port, where at least 200 people have disappeared in the last 3 years. FNEB asks for precautionary measures before the Jurisdiction for Peace (JEP) to stop temporarily the expansion of the port in the “San Antonio Estero”. This is due to the alleged presence of the dead bodies of people enforcedly disappeared. The Foundation also represents victims of enforced disappearances and sexual violence in Bogotá during the 2021 National Strike.

Moreover, FNEB is the promoter of a Regulation for the Comprehensive Protection of Women Seekers, a pioneering initiative worldwide, which aims to recognise the role of women and seekers of enforcedly disappeared people and the multiple invisible violence that they suffer at work.Andrea Torres Bautista has also legally represented numerous victims of sexual violence and femicides. Because of that, she has suffered threats and gender-basedviolence repeatedly like assaults, illegal tracking and thefts carried out at her office. Justice has not punished these attacks. Andrea is a brave woman at the forefront; a lawyer of those enforcedly disappeared.