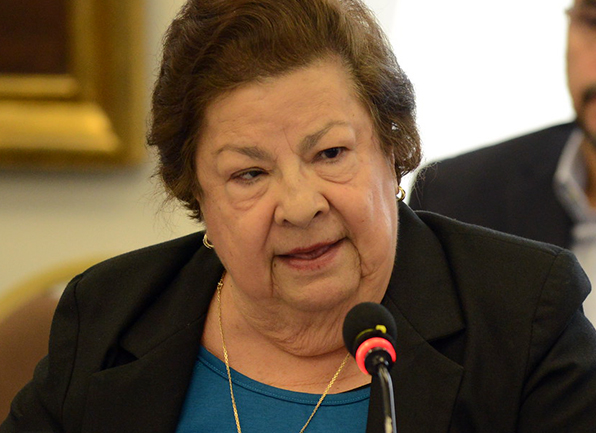 Lawyer and human rights activist in Nicaragua, President of the Nicaraguan Center for Human Rights.

As one of the founders of the Nicaraguan Centre for Human Rights (CENIDH), Vilma Núñez de Escorcia has been giving a voice to the most vulnerable since 1990, thus turning into a key player for the mobilisation of civil society and in the defense, promotion and protection of human rights in Nicaragua.

When she was a University student, she participated in student struggles against Anastasio Somoza’s dictatorship. She was also part of “Generation of July 23”, a group of students who witnessed the killing of four students by the National Guard in the Nicaraguan at a protest in the city of León in 1959. She graduated in Criminal Law and was an advocate for a large number of opponents to the Somoza regime who, like her father, Humberto Núñez, leader of the Conservative Party, were imprisoned. Initially linked to the Conservative Party, she supported peasants struggling to get their lands back, and defended the rights of the indigenous communities of Sutiava. Her leadership in the defense of the victims of the dictatorship and her involvement with the Sandinista National Liberation Front (FSLN) would put her in prison in 1979 where she was tortured during five months. She was prosecuted by a military court for an alleged crime of arms trafficking she never committed, while the regime denied her detention.

Following the April 2018 protests against the regime of Daniel Ortega and Rosario Murillo, CENIDH was one of the organisations whose legal status was revoked. More than 70 armed policemen entered the Centre and, as a result, some of the people on the team had to go into exile. In addition, in 2020, the Foreign Agents Regulation Act forced them to register as foreign agents. This illegal, arbitrary and repressive tactic allowed the intervention of their properties and assets. Vilma, along with dozens of other organisations, is now trying to challenge this measure in court for its unconstitutionality.

At 83, “Doña Vilma,” as they know her in Nicaragua, has become an inspiration for many in the defence of human rights and freedoms, due to her experience, reputation and career. Thanks to her perseverance and determination, she has managed to make visible the reality that Nicaraguans are experiencing. The forced dissolution of civil organisations is one of the most obvious ways to prevent freedom of association and thus silence those who suffer violations of fundamental rights.

Last year, we had the opportunity to talk to her and other Nicaraguan women activists on the occasion of the third anniversary of the April Revolution in Nicaragua.