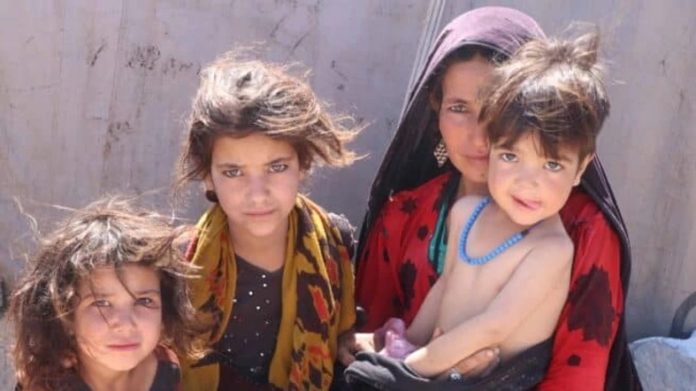 There will be no peace without women in Afghanistan

In April, U.S. President Joe Biden confirmed the decision to withdraw troops from Afghanistan on the 20th anniversary of the September 11 attacks that led the United States to justify its presence in the country. The withdrawal, which also implies the withdrawal of NATO, has progressed more than expected, and is now expected to be completed by July.

The withdrawal comes just a few months after the start of intra-Afghan peace negotiations in Doha between the Afghan government and the Taliban. These talks follow the February 2020 agreement that opened the door to a political solution to the situation. The United States will leave only a few troops for the protection of diplomats.

US intelligence services have planned about six months for a potential collapse of the Afghan government and army in the face of an advance by the Taliban. That is why Afghanistan’s President Ashraf Ghani travelled Wednesday to the US to discuss new avenues for action with Biden.

The international community must be aware of the danger currently faced by the afghan population, especially women.

The international community must be aware of the danger currently faced by the Afghan population; not only the local collaborators of Western troops, for whom we have asked from the European Parliament for specific protection and visa issuance, but all of society, especially women. No one has gained as much in recent years, and no one has as much to lose now as they do.

The Taliban regime established institutional violence against women. The cruelty of their actions shook the world. It was hard to digest so much hatred. While that regime of terror, with gender segregation and elimination of all rights, was one of the main arguments for justifying the Western military presence, in the announcement of the withdrawal we have hardly heard of a compromise on the future of these women.

To see the consequences in terms of violence, you do not have to go back too far in time: the bombing of Sayed al-Shuhada girls’ school in Kabul on 8 May, which resulted in 85 girls killed and at least 147 injured, is a sign of the brutality they continue to suffer.

In the European Parliament’s Subcommittee on Human Rights, we have spoken with some of the protagonists and drivers of the main advances in Afghan women’s rights over the past 20 years. Women, who have risked their lives by engaging in politics, acting as ministers, participating in the negotiating table facing the Taliban.

Today, women hold 69 of the 249 seats in parliament, or 27.7%. Today, four women are part of the negotiating team in Doha. They point to a progressive change in the social conception of women in the country, and the fundamental support of the international community to underpin some reforms.

Afghan women and girls have won a lot in recent years, but never more than they lost with the arrival of the Taliban. The 1964 Constitution already established universal suffrage, and especially in the last decades of the twentieth century, Afghans in urban settings enjoyed high levels of freedom and rights. Before the Taliban came to power in 1994, women accounted for half of the civil service, 70 per cent of teachers, and 40 per cent of doctors.

There is no need to speculate on what the scenarios will be for women if the Taliban regain power. We already know. They did and they are doing it in the territory they control. Women continue to face daily threats, restriction of their rights and an environment of sexual, domestic and gender-based violence. The 2019-2020 Women, Peace and Security Index reveals that Afghanistan is the second most dangerous country in the world.

The truth is that fewer and fewer people see an opportunity in the Doha peace negotiations who are already at a standstill. Meanwhile, the Taliban, who see the withdrawal of Western troops as a victory, are rearranging rearrange themselves for an offensive, which is already underway.

There will be no peace for women without strong territorial control, but neither will there be peace for Afghanistan without the full participation of women in political and social life.

There will be no peace for women without a strong government that maintains control over the territory. But there will neither be peace for Afghanistan without the recognition of women’s rights and their full participation in the social and political life of the country.

If there is only one Islamist future for Afghanistan at the hands of the Taliban, there will be no peace for women.

The EU has contributed more than EUR 4 billion to Afghanistan over the past 20 years; it is the country to which the largest development aid funds have been allocated. Commitments continue. The Union has pledged an emergency package of EUR 1.2 billion over the next four years.

In view of this, the European Parliament has called for the EU to strengthen its engagement with the Afghan people and their women by urgently presenting a comprehensive strategy for future cooperation with Afghanistan based on an agenda conditioned on the advancement of women’s human rights, especially their access to education and health, but also their political participation.

Cooperation with Afghanistan cannot be negotiated at the expense of women’s rights. There will be no peace if there is no peace for them.