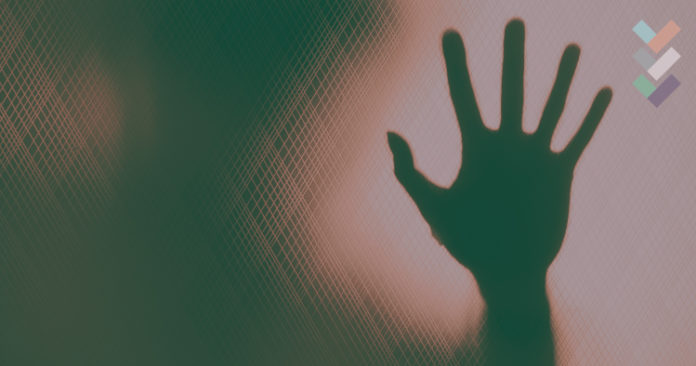 Trafficking in human beings is a crime that violates human dignity, health, physical and moral integrity, and sexual freedom. By using violence, threats, coercion and extortion, traffickers dehumanise people, turning them into merchandise.

In 2021, Soraya Rodríguez was co-rapporteur of the parliamentary report on the implementation of Directive 2011/36/EU on preventing and combating trafficking in human beings and protecting its victims (ENLACE). The report, prepared together with MEP Juan Fernando López Aguilar, analyses the obstacles to its full and effective implementation, almost ten years after the adoption of the Directive. It also provides specific recommendations to the Commission, Member States and other stakeholders to step up the fight against trafficking in human beings, strengthen the protection of victims and end impunity for traffickers. The final text of the report, adopted on 10 February 2021 at the plenary session of the European Parliament, was of crucial importance in the European Commission’s strategy for combating trafficking in human beings (2021-2025) presented in April 2021 and in the proposal for a revision of the Directive, presented in December 2022.

Current situation of trafficking in human beings in the EU

Women and girls account for 92 per cent of victims. Human trafficking is a crime with a clear gender component, deeply rooted in structural inequalities, discrimination and violence against women. In Europe, more than 60 % of trafficking victims in the European Union are for the purpose of sexual exploitation.

We also note an alarming increase in the proportion of child victims of trafficking, which has tripled worldwide. All data underline that migrants, in particular unaccompanied migrant minors, are at increased risk of being trafficked.

The crime of human trafficking is defined by the enormous illicit profits it generates and the high degree of impunity of offenders. It represents the world’s second most profitable source of illegal income, after drug trafficking. The estimated global annual profit amounted to 29.4 billion euros in 2015. In the EU, in a single year, criminal revenues from this crime amount to almost EUR 14 billion.

Criminal trafficking networks operate globally, recruiting and placing their victims in the trafficking market and reinvesting their profits in other criminal activities and money-laundering companies. Therefore, the Union needs good legislation, strong political commitment and adequate financial resources to address it more strategically and effectively. This is more necessary than ever with the consequences of the COVID-19 pandemic and the Ukrainian war, which disproportionately affect women and children, making them more vulnerable and invisible.

Criminal human trafficking organisations operate with almost total impunity. Of the nearly 10,000 suspects, only about 30 % of convictions actually occur. Moreover, according to Europol, we were only able to free 1 % of the victims of trafficking in human beings.

Launch of the Global Report on Trafficking in Persons (UNODC)

In the report on the implementation of the Anti-Trafficking Directive, the co-rapporteurs identified the problem of lack of comparable data as one of the challenges in effectively addressing this crime.
One month after the adoption of the resolution in plenary on 3 March 2021, the UN Office on Drugs and Crime’s Global Report on Trafficking in Persons was published. This excellent report collects data from 148 countries and provides an overview of patterns and flows of human trafficking at global, regional and national levels, based mainly on trafficking cases detected between 2016 and 2019.

Main keys to the report and challenges ahead

The Commission’s new anti-trafficking strategy (2021-2025) and the proposal to amend the European Anti-Trafficking Directive, published on 19 December 2022, include many recommendations from the European Parliament’s report. One of the key aspects is the recognition of how demand for sexual services drives trafficking in women and girls in the prostitution market.

We then elaborate on three of the main points of the report. These three measures are essential to break the criminal business model of traffickers, reduce demand, protect victims and end the culture of impunity surrounding this crime.

One of the main calls of the report was the need to criminalise the conscious use of trafficking victim services. Clients are a key element in trafficking, especially in trafficking for the purpose of sexual exploitation, since without the demand there would be no crime. The European Parliament therefore called for Member States to be required to criminalize the use of the services of trafficked persons.

Criminalization of “conscious use of services” is essential for the development of an effective and long-term solution to ending human trafficking. This is a necessary change, given the serious and extensive nature of this crime and the low number of prosecutions across the EU — out of the almost 10,000 suspects — we only get around 30 % of convictions and only 1 % of the victims are released.

The Commission undertook to assess the possibility of amending the provisions on the criminalization of such behavior. Finally, in its proposal to amend the European Directive, presented on 19 December 2022, it included the proposal to oblige Member States to criminalize “the use of services that are exploited, knowing that the person is a victim of a trafficking crime”.

Traffickers have adapted perfectly to the digital age, even more so after the pandemic. Technological advances have enabled traffickers to capture, advertise and exploit their victims at a distance, as well as widely share exploitation material online.

That is why the call on the Commission and the Member States to consider digital technologies, social media and the internet as the main tools for recruiting victims of trafficking is just as important. To combat this reality, we need to be more efficient and have more regulation to monitor the online space. In addition, it is necessary to empower law enforcement authorities and civil society organizations in the fight against trafficking by providing them with specific expertise and resources to respond to the challenges posed by new technologies. In her work as shadow rapporteur for the reporton gender-sensitive cyberviolence, Soraya Rodriguez has already insisted on requiring internet platforms to develop more effective tools to protect women and children from gender-based cyberviolence, which also includes human trafficking. In this sense, cyber awareness campaigns regarding the risk of falling into trafficking networks is vital in the prevention of this crime.

Identification of victims and reparations

The greatest challenge in the fight against trafficking remains the early identification of victims to ensure their protection and access to their health and legal rights. To do this, we must give priority to the training of judicial and police officers, social workers and health professionals, giving value to the important work carried out by NGOs.

To this end, a transnational and comprehensive approach to combating this crime is needed, an element that is also underlined in the European Commission’s Strategy on Organised Crime, and to promote more strategic and organized exchanges of information. This will be achieved by fostering cooperation at all levels, from Europol and Eurojust to the Member States, the UN and Interpol, as well as all national, European and international agencies responsible for investigating money laundering.

The external dimension of the fight against human trafficking is essential, since we are talking about a transnational crime. Half of the victims identified in the European Union are third-country nationals, mainly from Africa, the Western Balkans and Asia. Both the European Parliament resolution and the new EU strategy provide for actions within the framework of the Union’s external policies.

The current global and regional migration situation increases the risks of trafficking in human beings. Traffickers abuse asylum procedures, in particular by legalizing their own status and that of their victims. Commissioner Johansson is committed to using the EU Action Plan against Illicit Migrant Trafficking in the framework of the New Pact on Migration and Asylum.

Within the framework of this Pact, which is currently being negotiated in Parliament, we must involve non-EU Member States through several instruments:

Finally, it is essential to provide for joint interparliamentary action with colleagues in national parliaments, through discussions and exchanges of good practice at all levels.

The impact of Ukraine’s war on human trafficking: the creation of the Common Emergency Plan and its relationship with the EU Directive and strategy

In 2022, the EU Common Plan against Trafficking in Human Beings has been launched to prevent trafficking in human beings among people fleeing Ukraine. A much needed and timely initiative in the face of the largest exodus of refugees that has arrived in Europe since World War II.

Most of the people arriving in Europe from Ukraine are women and children and we know that the threat of human trafficking is a reality for many of them. We have been able to see how the demand for online exploitation (social networks, including online advertising of sexual services) and offline (private accommodation offers, transport, as well as job offers in the agricultural sector) has increased to Ukrainian refugees. Therefore, a gender-based and child rights approach in our EU response to this refugee crisis is of the utmost importance.

If you read the specific provisions of the Common Plan, it is clear that they are based on the European Anti-Trafficking Directive and the EU Strategy on Combating Trafficking in Human Beings. The main objectives of this Common Plan are: 1) Firstly, to increase awareness of the risks of trafficking in human beings; 2) Secondly, to strengthen prevention; 3) Thirdly, improve law enforcement and its judicial response; 4) Fourthly, improve early identification, support and protection of victims; 5) and finally address the specific risks of trafficking in human beings in non-EU countries, especially Ukraine and Moldova.