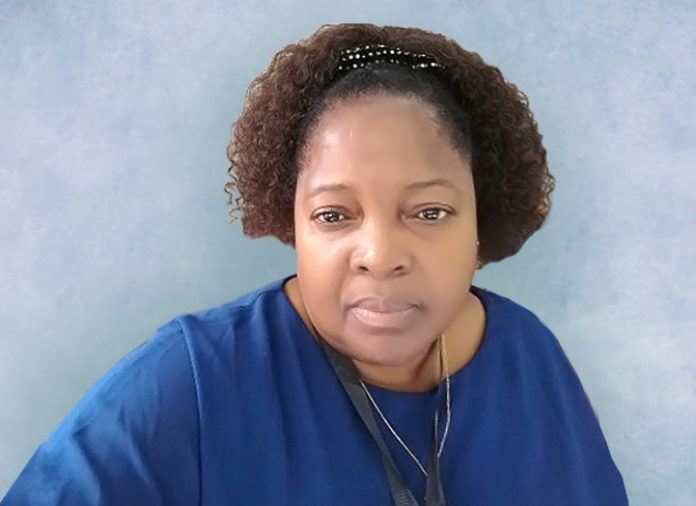 Rafa Valente Machava is the Executive Director of the Associação Mulher, Lei e Desenvolvimento and activist against gender-based violence and for the rights and freedoms of women and girls in Mozambique.

Rafa Valente Machava is a woman at the forefront of the fight against gender-based violence and for the rights and freedoms of Mozambican women. She is currently the Executive Director of the Associação Mulher, Lei e Desenvolvimento (MULEIDE), with presence in Maputo, Beira and Pemba. She is married and mother of two girls and one boy.

Rafa joined MULEIDE after applying for a job vacancy in 2003. She was selected for her experience as a human rights activist since she was 17 years old. She also collaborated with the Mozambique Women’s Organisation (OMM), the first women’s organization in the country. MULEIDE, founded in 1991, was the first independent women’s rights organization after the introduction of democracy and a multiparty system in the African country. She studied Social Sciences and Pedagogy, wrote her thesis on the rights of domestic workers in Maputo and specialised through different courses on women’s empowerment, gender, HIV and participatory approaches to community work.

Rafa focuses on combating gender-based violence and promoting equal opportunities for women. Developing girls’ self-esteem and self-sufficiency is one of the most important goals of her work. In addition, Rafa considers essential to provide legal assistance to victims of gender-based violence and the most vulnerable groups to break the cycle of violence. An assistance that also includes psychological support and training for employment to boost economic autonomy.

Her promotion of gender equality from community work through health, building female leaderships and defending sexual and reproductive rights, and early marriages, has changed the lives of hundreds of Mozambican women and girls. Her work and efforts have contributed to MULEIDE having an international impact, also because of her participation in numerous seminars and the important work carried out in the field, including in areas such as Cabo Delgado. MULEIDE has also played a fundamental role in the creation of key laws in the country such as: the family law, land law, as well as the laws against child marriages and domestic violence against women. Rafa and the MULEIDE association are an example of the great importance of civil society in advancing the fundamental rights and freedoms of women in Mozambique.