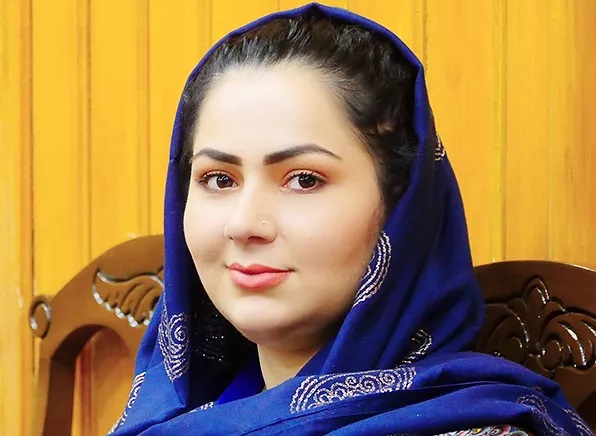 Khadija Amin is a young Afghan journalist. Born in Kabul in 1993, she grew up in the midst of the Taliban regime, which was in power between 1996 and 2001.

Between 2008 and 2012, she studied journalism at the Fanoos Institute of Higher Education in Kabul. She has worked on various radio and television stations in the country, as well as in the well-known Logar Youth Social and Civil Institution.

More recently, she has worked as a journalist on state public television, presenting news reports, while continuing his journalism studies.

Following the Taliban’s seizure of power in August 2021, she confronted the Taliban by disobeying the order to stay at home and went to her job. At a press conference, the Taliban, who had taken control of the media a few days ago, had reported that women could be allowed to work. Once there, she was ordered to return home. Both by her profession and her courage made her a target of persecution by the Taliban. Through contacts in the world of journalism, she managed to flee the country, despite being obliged to leave behind her husband and three children due to security reasons. She is now a refugee in Spain, and currently lives alongside Massouda Kohistani in Salamanca, with the organisation Cepaim.