Sexual violence against women: weapon of war in Ukraine

Ban Taliban Travel: Permission to travel for Taliban leaders should not be renewed 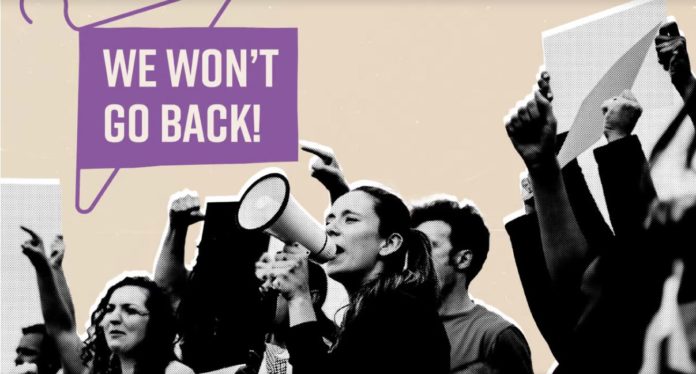 First publication: “Include abortion in the EU Charter of Fundamental Rights” in Politico.eu (05/07/2022).

After decades of tireless efforts to secure women’s and girls’ fundamental sexual and reproductive rights, we have witnessed an anti-women backlash sweep through the world. Just two weeks ago, the reality for American women drastically changed when the U.S. Supreme Court overturned the Roe v. Wade decision and opened the door to abortion bans across the country.

We have witnessed an anti-women backlash sweep through the world.

In Europe, Poland has followed a similar path. Just like in the U.S., conservative government-appointed judges have been instrumental in overruling more progressive abortion laws. The law and justice government has gained control over women’s bodies, by bringing in a de-facto abortion ban and a witch hunt of women who carry out abortions.

And in the Slovakian parliament, far-right and conservative politicians repeatedly put forward proposals to restrict abortion by increasing the waiting periods and limiting the accessibility of information-sharing. Even in countries without legal obstacles, women often face severe financial, cultural and informational barriers. As in Italy, for instance, where seven out of 10 gynecologists refuse to perform abortions.

That is why the Renew Europe Group in the European Parliament has requested that the EU Charter of Fundamental Rights be amended to include the right to safe and legal abortion. Sexual and Reproductive Health and Rights (SRHR) should also be guaranteed by member countries as they are fundamental human rights, and include contraceptive methods and supplies, information on contraception and sexual education.

Every woman must be granted autonomy over her own body.

By integrating the legal protection of the right to abortion within the EU’s borders into the EU Charter of Fundamental Rights, we will ensure that no woman or girl in the EU is forced to seek unsafe and life-threatening abortions. Every woman must be granted autonomy over her own body.

We must make sure that all current obstacles are removed, and it should not be possible for health providers to refuse to provide health services on the basis of the so-called conscience clause.

And we are not the only ones who recognize the need for change. The U.S. Supreme Court ruling has reinvigorated women’s rights defenders. The anger over the dismantling of abortion rights has not only sparked protests around the globe, but citizens, civil society and lawmakers have also mobilized their frustration into political proposals.

For instance, Emmanuel Macron’s party Renaissance has initiated a reform bill to include the right to abortion in the French Constitution by making it impossible to deprive a person of the right to terminate a pregnancy, and a majority of French politicians in the National Assembly has voiced support for the bill. Similar constitutional law changes are also under discussion in countries like Sweden and Belgium.

Abortion is a fundamental right. But the fight for it to be reflected in reality is not over.

Abortion is a fundamental right. But the fight for it to be reflected in reality is not over yet. We will not go back. That is why we must ensure that this right is written in stone. We will do our best not to disappoint all the women and human rights defenders who count on us.