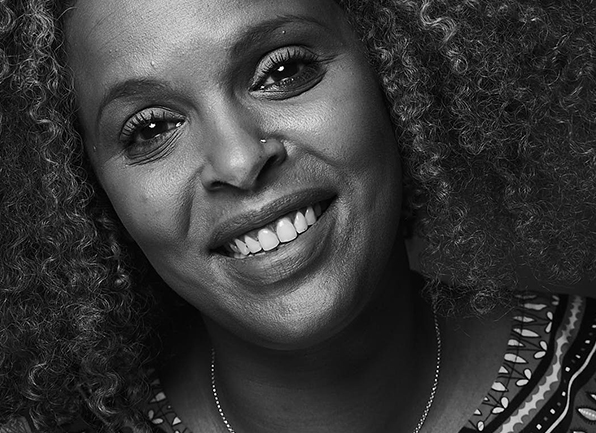 For 20 years, Hodan Sulaman has been at the forefront of the fight against female genital mutilation and other forms of violence against women, such as prostitution or forced marriages.She has collaborated with many NGOs and groups. She argues that the African population should not be stigmatised, but should raise awareness and work for CERO TOLERANCE to mutilation around the world.

Born in Somalia, Hodan Sulaman left her native country together with her mother and two sisters as a child in 1989 after the outbreak of the civil war. After passing through a refugee camp in Ethiopia, she took refuge in Spain, where she has lived ever since. She is currently an Intercultural Intervention and Mediation Technician at Médecins du Monde and President of the Baobab Women’s Association, where she works with women who have suffered different forms of gender-based violence.

Hodan is a strong advocate that violence against women is a problem for society as a whole, although it is women and girls who suffer from it. The abominable practice of female genital mutilation endangers the lives of women and their children during childbirth and has consequences for their physical and psychological health.

While much remains to be done to end female genital mutilation in Africa, she believes that more and more people are convinced of this. But even if mothers reject this practice, she denounces that this means that these mothers are repudiated alongside the daughters they want to protect, who are abandoned to their fate. That is why, in addition to focusing on legislative changes in African countries, she considers that action isneeded through education and awareness raising. This includes men, religious leaders and older women in communities. Hodan puts a strong emphasis on grassroots work with women, being respectful of mutilation survivors and their family environment. Furthermore, she calls for increased funding, more programmes and tools, such as shelters for women who reject genital mutilation, and speeding up the granting of international protection to survivors applying for asylum in Spain and EU countries, so that they can regroup their children as soon as possible. This is because there are many girls who suffer the rite of mutilation while their parents are waiting for the resolution of their children’s asylum status in the host countries.

The experience of war marked the destiny of Hodan Sulaman and her family, who today are in the diaspora in different African countries, Europe and other continents. Despite this, she has never lost her roots. Her mother taught her to fight for women’s rights, even though she was never an activist. She was a courageous woman who rejected polygamy, which was widespread in her country, and protected her three daughters, offering them a better future than the one that awaited them.

Her life has enabled her to understand the positive and negative aspects of both African and European cultures. She appreciates the freedom that living in Spain has offered her, which in her native country would have been more difficult to achieve, as well as many values from her country of origin, such as respect and the importance of elders, family and community. All this has made her an exceptional woman and a great activist at the forefront of human rights and women’s rights. In her voice, the phrase “Small fights are big” takes on great meaning.