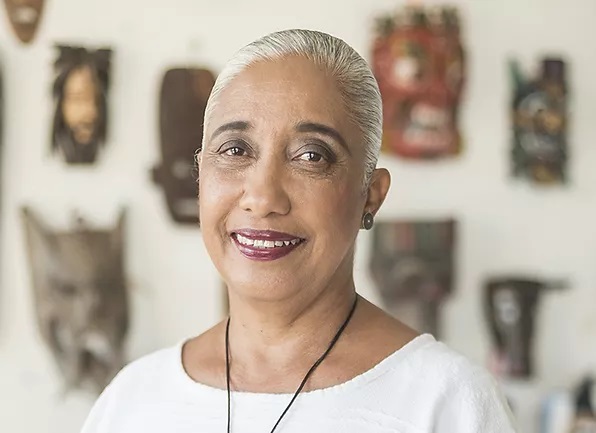 Dominican economist and politician, protagonist in the birth and development of the Parliamentary Fronts against Hunger in Latin America and the Caribbean.

Guadalupe Valdez has an extensive career in the fight against hunger and has been a mentor in the emergence and consolidation of Parliamentary Alliances. Born in Mexico in 1957, and daughter of a Mexican mother and Dominican father, she lived in the Dominican Republic since she was five years old. It is in the Dominican Republic where she has developed her entire personal and political life, including becoming a National Deputy.

Her life has been marked by socio-political activism, and her ambition has led her to always work for the creation of social spaces for the empowerment of the most vulnerable groups. “The fight against hunger is an unnegotiable ethical commitment,” she repeats tirelessly.

Guadalupe has been involved in several processes of development and strengthening of peasant organisations, as well as programs of education and social promotion. From a young age, she became involved in politics. In 1992, she cofounded the Alliance for Democracy (APD), a political party in which she is currently responsible for the Secretariat for Political Training as well as being a member of its national and executive directorate.

Throughout her career in politics, she has been Deputy Minister of Education between 2008 and 2019, and member of Congress between 2010 and 2016.  During her exercise, she was one of the women leading the birth and development of the Parliamentary Fronts Against Hunger (FPH) in Latin America and the Caribbean and one of the key players in the adoption of the most comprehensive law on food for the Dominican Republic.

In 2016, the Food and Agriculture Organisation of the United Nations (FAO) appointed Valdez as ambassador “Zero Hunger” for Latin America and the Caribbean. Guadalupe has helped creating the group of former parliamentarians named “Women fighting hunger” along with other congresswomen of different ideologies, where they managed to overcome political differences to put a common cause ahead. As a woman of an exceptional human quality, her great experience and vitality make her a reference for all. Guadalupe advocates for a shared future horizon in the face of one of humanity’s greatest challenges: the right to healthy food and nutrition.