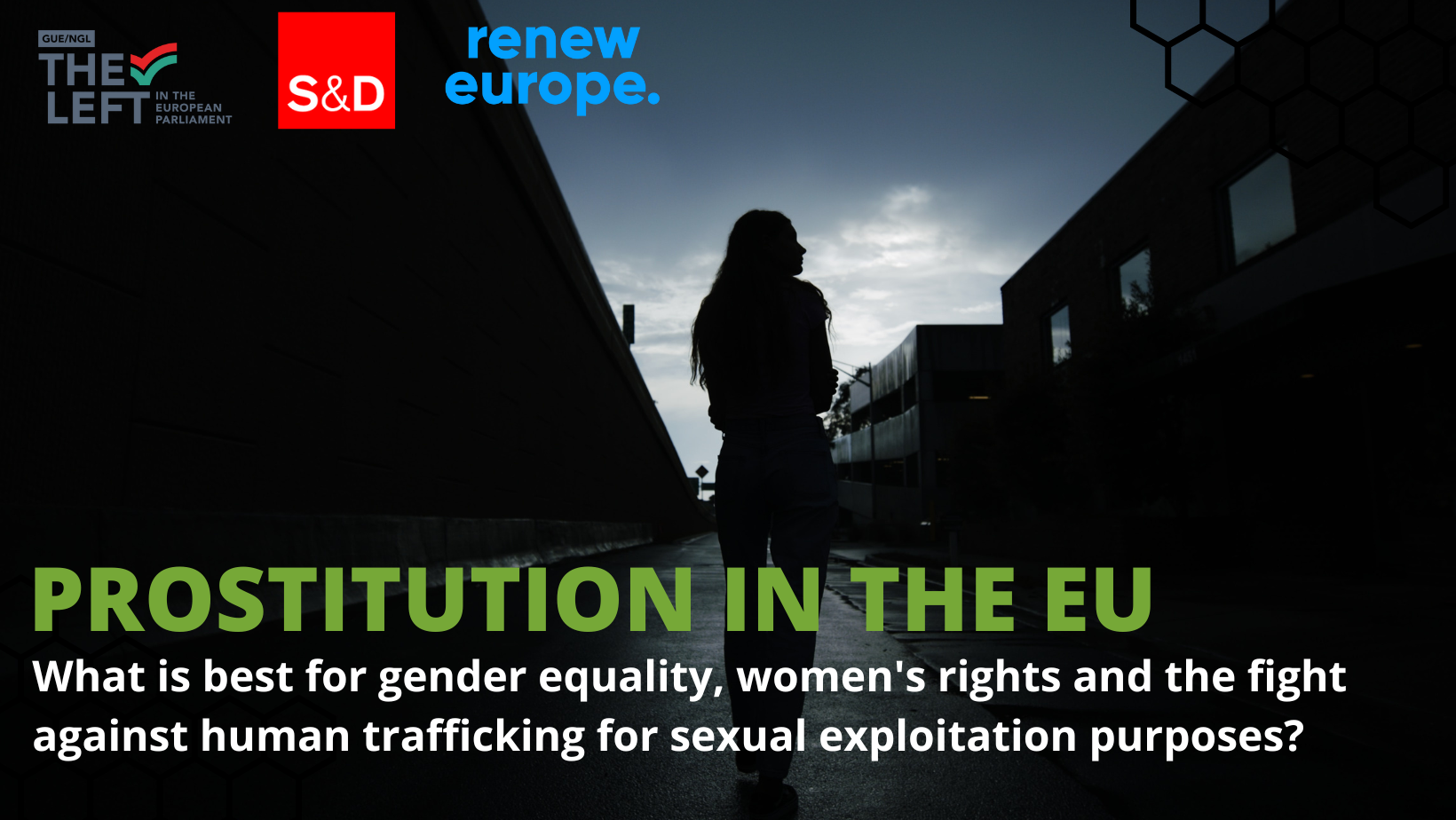 Prostitution in the EU

What is best for gender equality, women’s rights and the fight against human trafficking for sexual exploitation purposes?

This November 29, Soraya Rodríguez, MEP of Renew Europe and Member of the Commission for Women’s Rights and Gender Equality, co -organizes an event at the European Parliament on the intrinsic relationship between prostitution and human trafficking for sexual exploitation. This event is an initiative of MEPs from all political groups in the European Parliament. It will feature representatives from the EPP, S&D, Renew Europe, Greens and the Left.

The event wants to show the type of impact that the different ways of regulating prostitution have for gender equality and women’s rights. To this aim, different experts will participate on it: Valiant Richey, OSCE Special Representative and Coordinator to Combat Trafficking in Human Beings; Dina Vardaramatou, Secretary General of the European Women’s Lobby; and Héma Sibi, CAP International Advocacy Coordinator.

During the second part of the event, we will listen to survivors of human trafficking: Marie Merklinger, a German activist; Anne Darbes, writer; and Daniella de Luca, member of the Association for the Prevention, Reintegration and Care of Prostituted Women (APRAMP). All of them will share their stories and experiences.

Finally, the equality model will be discussed as a possible best practice in regards to women’s rights and gender equality, with the contributions of Danielle McLaughlin, Ruhama Policy and Communications Officer; Gabriella Kärnekull Wolfe, Swedish Ombudsman against the commercial sexual exploitation of children; and Rocío Mora Nieto, director of APRAMP.

This event will bring to light the trauma and pain that millions of women suffer when being victims of sexual exploitation, a reality that neither Europe nor the legal systems of the different Member States should turn their backs on.

In addition, the discussion is part of the draft report to be carried out by the Commission on Women’s Rights and Gender Equality of the European Parliament (FEMM), “Regulation of prostitution in the EU: its cross-border implications and its impact on the gender equality and women’s rights.

You can register through the following form to follow the event online or attend in person: https://t.co/qyf3uGWAYu 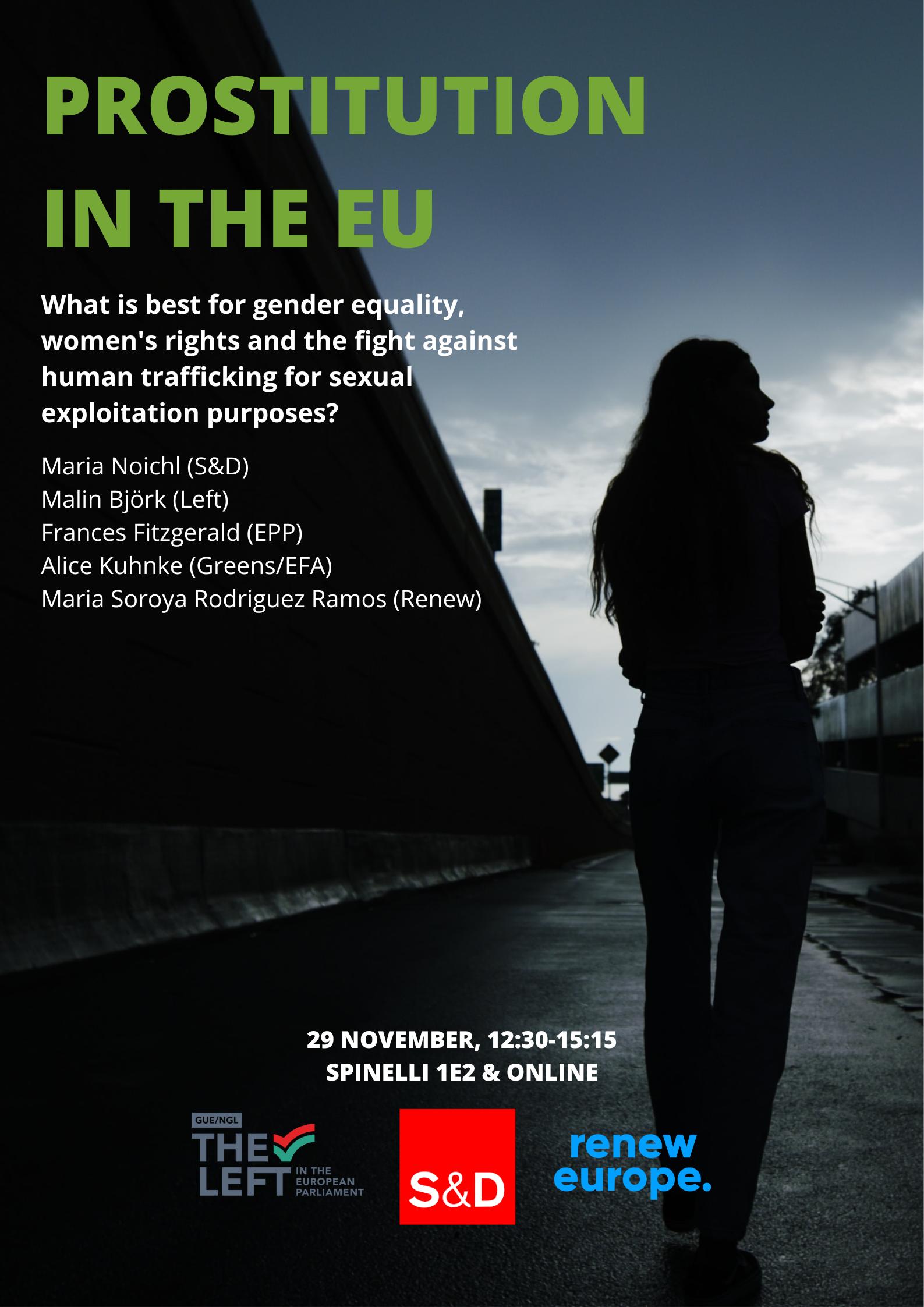