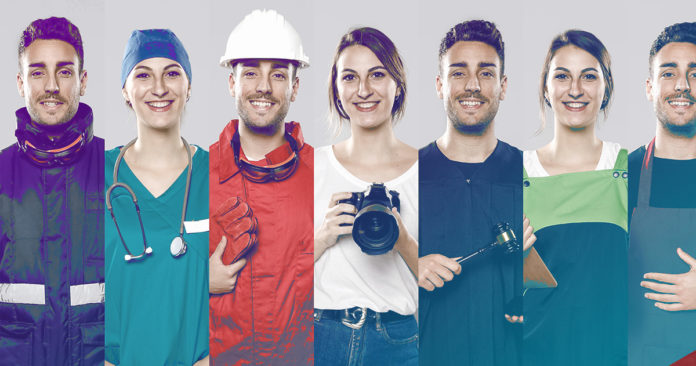 No equal pay for men and women exists in Europe. In fact, the gender pay gap in the European Union is 14 %. This means that every year European women work “for free” 50 days or, rather, that for every euro earned by a man, a woman in the same position only earns 86 cents. According to the European Commission’s data for Spain on 2021, women earned up to 11.9 % less than their male counterparts did. Despite different policies and recommendations, these percentages have remained unchanged over the past decade. The European Parliament is now preparing its position on the new proposal for a European Directive on Pay Transparency, presented by the European Commission in March 2021. It is in our hands to make this legislative instrument one that will help us progress towards equal pay.

The sectoral and hierarchical segregation of women means that, unfortunately, women have a greater presence in precarious, part-time and lower-paid jobs. Meanwhile, there is a male overrepresentation in leadership positions. According to data from the European Institute for Equality, in 2018 women only represented 26 % of all board members of the largest companies registered in the EU. Similarly, in 2021, only 30.5 % of European policy-makers were women. These figures are not due to the fact that men are better prepared or that women have less interest in managerial or political positions. Rather, favour treatment and the culture of promotion among men, as well as gender stereotypes and the unfair distribution of care work, among other factors, are part of the causes that perpetuate these inequalities.

The right to equal pay is a fundamental right recognized in EU treaties, such as the 1957 Treaty of Rome and Article 157 TFEU, as well as in Article 23 of the Charter of Fundamental Rights of the European Union. However, during the past 60 years, and despite the great improvements made by women in their social and professional life, different policies and Directives have failed to close this gender gap. This must make us reflect. Without a thorough assessment that allows us to identify the main obstacles, it is not possible to move forward.

On 17 March, the European Parliament’s position on the new European Directive on Pay Transparency will be approved in the European Parliament’s Committee on Women’s Rights, thus, marking a milestone towards strengthening the principle of equality at European Union level. The new Directive will establish a binding obligation for companies to publish the pay gap between their workers as well as introduce sanctions for those who do not comply with the principle of equal pay. The impact of the COVID-19 pandemic has mainly affected working women and caregivers. Women continue to be overrepresented in lower paid jobs and on more precarious contracts. In order to emerge from the crisis and tackle economic recovery, we must strengthen fundamental rights and make progress in eradicating inequalities.

In Renew Europe we are making the necessary inputs and negotiations so that the new Directive will be as extensive as possible. We have learned that, without binding measures, obligations are not fulfilled. Pay transparency on the part of all public enterprises and private companies must be a European Union-wide horizon.

The Commission’s proposal establishes that the scope of this Directive should be companies with more than 250 employees. However, this threshold would set aside a majority of women workers and an extremely high number of European companies. So that the new Directive is not just a statement of good intentions and produces significant progress in reducing the pay gap, the Parliament is currently considering lowering the number of workers in a company for the Directive to be applicable. In this debate, the Parliament is also bearing in mind the possible administrative costs of implementing these transparency measures for small companies.

At the same time, we must make a generous effort through targeted support from Member States to SMEs in the form of technical assistance, financial support and training. Member States are also responsible for establishing the tools and methodologies needed to assess and compare the value of work following a set of previously established objectives and neutral criteria.

On the other hand, it is necessary to create references at the intersectoral level, since there are often no real benchmarks for comparison, as it is the case in sectors largely dominated by women or the so-called feminised sectors. The comparison should be made not only within the company, but also between different employers through collective agreements. Finally, the concept of pay should be extended to cover not only wages, but also other bonuses, extraordinary surplus, due by law or under collective agreements.

The obligation of the employer to provide information must be accompanied by the obligation to inform workers of their right to be informed. This is why the new Directive must also guarantee the right of access to judicial mechanisms. In this sense, the burden of proof to demonstrate there is no discrimination will lie on the employer. The role of workers’ representatives and trade unions in being able to ask for data is essential to avoid repressive responses against women employees. The biggest challenge here is to consider the great diversity between Member States in terms of legislation in this area and the more or less consolidated presence of social partners.

Closing the pay gap benefits all of us, including businesses. Paying women and men for their real skills and valuing their contribution on an equal footing helps hire and retain the best talent. It will also generate benefits for the economy as a whole.

This Directive will be a key element in the objective of reducing wage discrimination and the gender pay gap. However, we must remember that pay transparency alone will not guarantee equal pay within the EU. It is a necessary condition, but it is not enough.  Its effect on the most precarious and underpaid sectors and jobs is potentially very limited, and will not improve the conditions of women with unpaid care roles. The pandemic has taught us to value all those jobs that are essential to keep our society running.

The intersection of different axes of discrimination (such as gender, ethnicity, sexual orientation or disability) influence access to better working conditions, promotions and even the ability to become an entrepreneur.  They also affect the time of claiming rights and taking legal action.

Most EU Member States have not adopted any of the transparency measures promoted by other documents or recommendations, so far. Therefore, we are working to have an inclusive and intersectional Directive that contributes to women’s economic empowerment and reverses this structural inequality that wears us down. Transparency and sanctioning mechanisms are essential to achieving pay equality. By not taking full advantage of women’s skills our economy is losing a valuable resource it cannot afford to lose. Only decent and equal wages will allow us to move in a twofold direction: gender equality and the reduction of inequalities, while contributing to the progress and reinforcement of all Europeans.

Previous article
40 years of epidemic: making positive progress in the fight against HIV/AIDS
Next article
The pandemic and its impact on women: an analysis two years later
Share
Facebook
Twitter
WhatsApp
Telegram