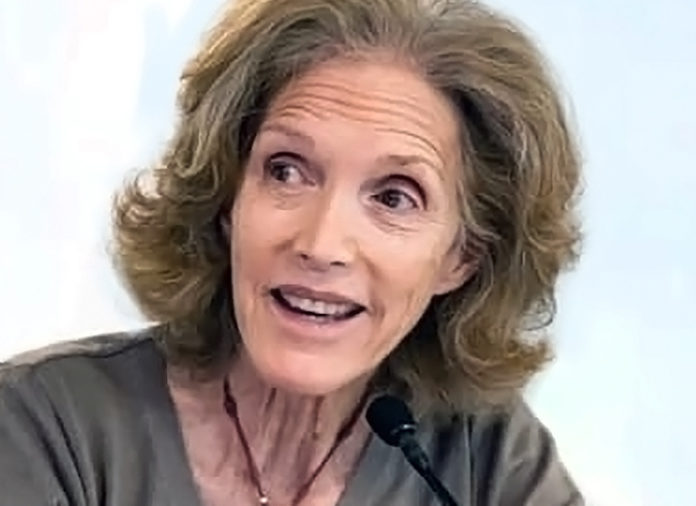 Human rights and democratisation defender in Cuba from her exile in Spain.

Born in Havana in 1955 within a Catholic family, Elena Larrinaga is an activist for human rights and freedom in Cuba. Daughter of a director of a company nationalised by Fidel Castro after the Cuban Revolution, she knew exile from an early age. She was forced to migrate at the age of four without her parents, suffering the separation from her loved ones. After living in the United States and several European countries, in the 1960s she moved to Spain, where her family was originally from.

In 2007, she founded and was elected President of the Spanish Federation of Cuban Associations (FECU), collaborating on numerous projects and hosting dissidents detained in the 2003 Black Spring, who were arrested and sentenced to Fidel Castro’s government. Elena has also accompanied and represented, defending her rights and grievances in international fora, the Damas de Blanco, a group that received the Sakharov Prize for Freedom of Thought in 2005, awarded by the European Parliament.

In 2008, after the first Black Spring prisoners arrived in Madrid, Elena obtained permission and travelled to Cuba to meet some of the political opponents on the island, such as Laura Pollán, Oswaldo Payá and Guillermo Fariña. Their voices began to be heard and to transcend to the international community thanks to the creation of the Cuban Observatory for Human Rights, made up of former prisoners of conscience and human rights activists, in Cuba or in exile.

With a degree in Modern History from the Complutense University of Madrid, Elena Larrinaga is a tireless activist who defends the importance of accepting difference, plurality and the respect among equals.

Elena denounces Cuba’s ideological monopoly and indoctrination for decades, arrests and impunity. Stresses that the Cuban regime does not recognise violence against women: “Cuba is the only Western country that does not criminalise gender-based violence. She thinks that the nature of the regime is institutionally violent against women because they want free education for their children, have the right to demonstrate… it is a chain. Many women do not speak up because they fear retaliation against their relatives.

She argues that the only way out in Cuba will be a democratic transition in which the role of women will be very important. The OCDH has launched the sponsorship campaign “No Cuban political prisoner made invisible” to raise awareness of the more than 600 political prisoners who will spend Christmas 2021 in Cuban prisons. Among others, young people convicted after being arrested for peacefully demonstrating on 11J. “Being invisible is very hard”, she reminds.